Read it and Support on INDIEGOGO

The book that exposes how inter-generational organized crime runs the “government” and the media refocuses on Academia in a new updated Fifth Edition and launches with hit song: SCAM by Prezence

November 23rd, 2021– The Art of Liberty Foundation, a start-up public policy organization exposing inter-generational organized crime’s control of the “Government”, media and academia from a principled voluntaryist perspective, is releasing the 5th edition of their seminal publication with new content and an updated sub-title: “Government” – The Biggest Scam in History… Exposed! – How Inter-generational organized crime runs the “Government”, the media, and academia. 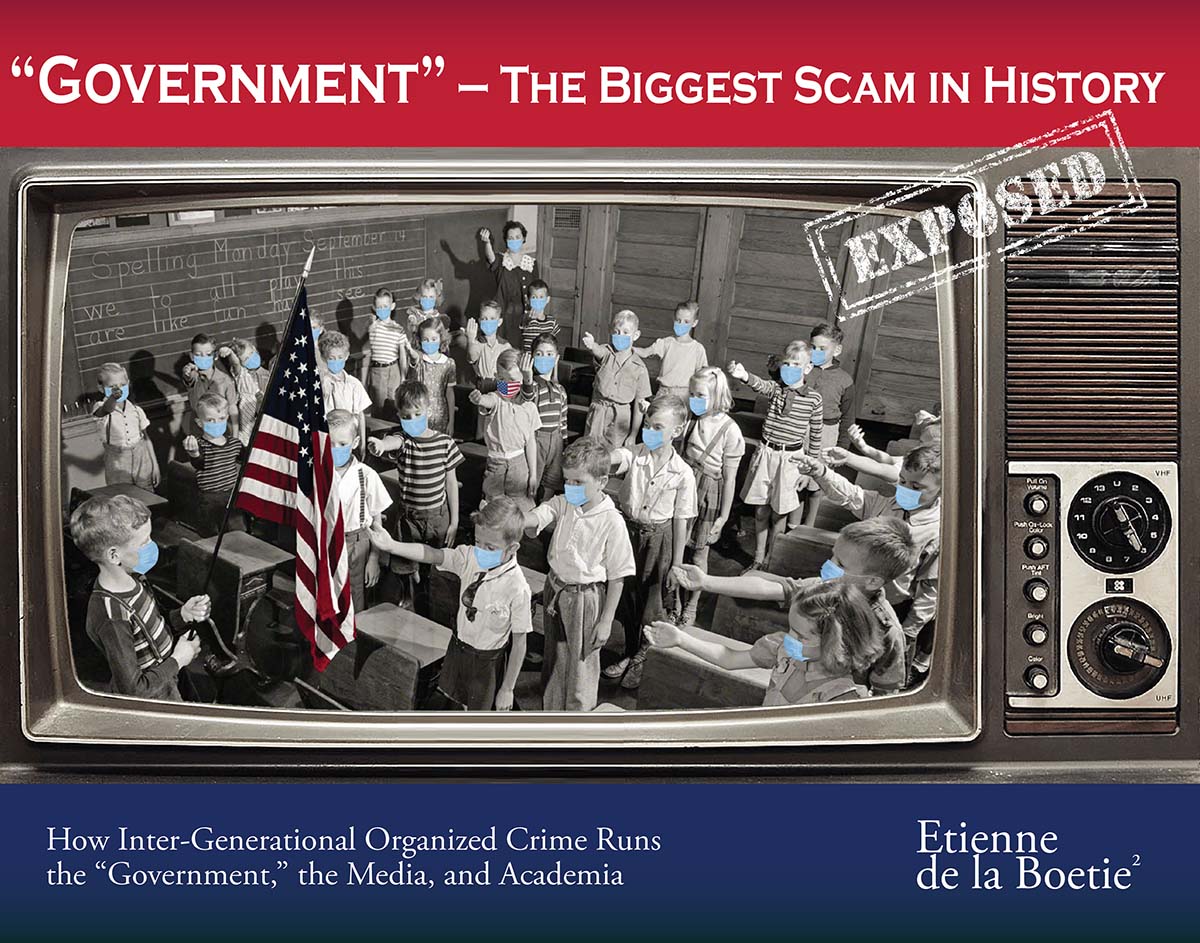 The book reveals that “Government” is illegitimate, illogical, unnecessary and a technique of inter-generational organized crime to rob and control societies.  The book debuted in 2018 as a draft for crowd-sourced review and fact-check has now become a global hit with 4000+ copies sold to 20+ countries while the free PDF preview edition has been read on-line or downloaded over 20,000 times. The fifth edition can be pre-ordered in a crowd funding campaign on IndieGoGo that runs through 12/12/21 at http://www.Government-Scam.com/IndieGoGo.

The announcement of the IndieGoGo campaign for the 5th Edition is being accompanied by the release of “Scam” a new single by conscious reggae artist Prezence that was inspired by the book.  The song which was written, performed, mixed and produced by Prezence singer/songwriter Grant Ellman is full-on lyrical body-blow to the scam of “The Covid”.  Supporters of the IndieGoGo campaign at any level will get downloads of both the song “Scam” in MP3 and the video in MP4 and bothwill be included in the new and upcoming 32GB Liberator Flash Drive of companion media that supports the book and includes evidence of “Government” illegitimacy and criminality + censored videos, books in PDF, documentaries and 1000+ dank Liberty memes. You can find the video for Scam and the lyrics at www.ArtOfLiberty.org/Scam

The 5th edition will incorporate dozens of improvements over the 4th edition and have options for ePub, hard cover and high-resolution editions as well.

New “One Pagers”, our trademark “Executive Summary” of important topics, will include:

New content for the 5th edition is being syndicated at the Art of Liberty Foundation’s website, through RSS, e-mail, and through leading alternative news websites.  www.Government-Scam.com/Fifth 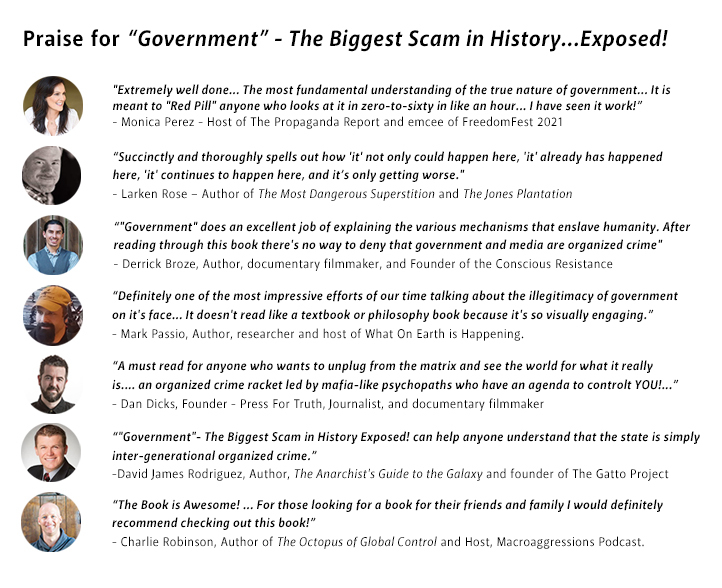 The Art of Liberty Foundation is a start-up public policy organization exposing inter-generational organized crime’s control of the “government” and media while spreading voluntaryist/libertarian ideas through effective media tailored to visual learners, busy people, and short attention spans.  The Foundation produces books, blogs, podcasts, memes, videos, infographics, and monographs that explain the basics of voluntaryist/libertarian ideas and expose the illogic and immorality of government in addition to its criminality and corruption.   The Foundation is also focused on developing and testing viral and uncensorable methods of spreading voluntaryist/libertarian ideas and evidence of government and media criminality through hand-to-hand distribution of “meatspace” objects including low-cost “picture books”, Data DVDs and USB flash drives. ArtOfLiberty.org

About Prezence and Grant Ellman

Grant Ellman is a multi-instrumentalist and producer from Oregon whose work attracted more than a half million streams on Spotify, and a Billboard feature. His latest project, Prezence is spreading truth, freedom and love through reggae music. PrezenceMusic.com

Get the hit single “SCAM” by Grant Ellman & Prezence