Enjoy these pokes at the powers that be.
The Art of Liberty Foundation and Etienne de la Boetie2 bring you 5 fresh and dank memes every Friday, delivered right to your inbox.

Want more? Subscribe to our Art Of Liberty Newsletter!

Enjoy these pokes at the powers that be.
The Art of Liberty Foundation and Etienne de la Boetie2 bring you 5 fresh and dank memes every Friday, delivered right to your inbox.

Want more? Subscribe to our Art Of Liberty Newsletter!

Videos of the week

A recurring segment in Five Meme Friday where we chronicle the news that makes the case that the “Government” is being being run by inter-generational organized crime who are stealing trillions.  Join our Telegram Channel devoted to evidence of “Government” criminality here: https://t.me/Government_Scams

News of the Week

Letter to the German Minister of Health – Stefan Lanka lays out the unequivocal facts surrounding the fallacies of both the “Science of Virology” and the official narrative claiming the existence of The Virus, (SARS-CoV-2), in less than 4 pages. This has major implications for the whole global Plandemic operation – download – Lanka.calls.on.German.Health.Minister (pdf)

The Power of Conformity and Leading By Example: How to use the Bystander Effect for Greater Good. – James Corbett –
“The bystander effect describes a seeming paradox: the more people who are around to help in a given emergency, the less likely that any one individual will actually stop to help. …James Corbett dives into the psychology underlying the bystander effect and explains how we can flip this quirk of human cognition on its head to help change the world for the better.”

Public health or private wealth? How digital vaccine passports pave way for unprecedented surveillance capitalism. –
Anyone who’s dealt with bureaucracy knows that when something goes wrong, things go horribly wrong. That’s particularly true when technology and digital databases are involved.   When India moved to the Aadhaar biometric digital system to track its citizens, the results were devastating. People starved to death because their rations where being directed to other people, or because their fingerprints were unrecognized due to the unreliable system.

“With over one billion Indians in its database, Aadhaar is the largest biometric digital ID program ever constructed. Besides serving as a portal to government services, it tracks users’ movements between cities, their employment status, and purchasing records. It is a de facto social credit system that serves as the key entry point for accessing services in India.”

Ominously, “for the national security state, digital immunity passports promise unprecedented control over populations wherever such systems are implemented.”

Is There a War Against Doctors, Microbiologists and infectious Disease Experts Who Know Too Much?
In 2003, David Kelly, a biological weapons expert working for the British Ministry of Defense, slashed his own wrists while walking home. In 2001, Dr. Don Wiley, a molecular biologist working on DNA sequencing, fell off a bridge and died. In Russia, two doctors died after falling out of hospital windows during the coronavirus pandemic.

These are just a few of the medical experts who have died mysteriously over the past 30 years. Steve Quayle has been tracking and recording them on his website. Doctors have been shot, burned, strangled, suicided… “by 2005,
40 were dead. Today, over 100.”

1n 2016, Erin Elizabeth posted an Unintended Holistic Doctor Death Series: Over 100 Dead, looking deeper into some of the mysterious deaths of alternate health alternatives who were rocking the corporate boat. Her YouTube video is no longer accessible on her page, but can be found linked to the graphic above.

More recently, numerous world leaders opposed to the vax met sudden ends, leading to convenient regime changes. The numbers are too great to be mere coincidence.

Sweden Suspends the Moderna Shot in the Wake of Patients Developing a Crippling Heart Condition. –   “Swedish health officials have now decided that a moratorium on giving the Moderna vaccine to anyone under 31 will be extended indefinitely. Finland, Iceland and Denmark have taken similar steps. Norway is encouraging men under 30 not to get the Moderna shot, but is not mandating it. The Moderna vaccine has been under scrutiny because of data that shows young men who receive it are at increased risk for myocarditis, an inflammation of the heart muscle, and pericarditis, an inflammation of the sac around the heart.”

“The U.S. Food and Drug Administration is putting Moderna’s plans for a shot aimed at the population from age 12 to 17 on hold due to concerns over risks of the ailments, according to The Wall Street Journal.”

Events of the Week

The Everything Bundle – The Sampler of Liberty!
Give me Liberty… and give me more! The Everything Bundle includes the latest version of our flagship book on government, along with a collection of potentially life-altering introductions to anarchy, agorism and voluntaryism. 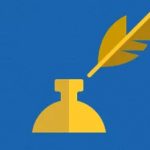